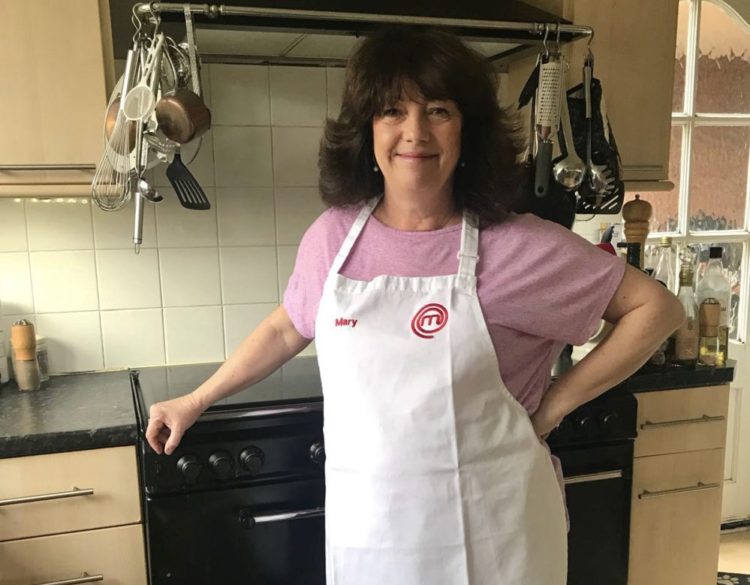 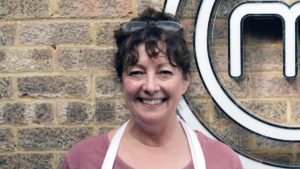 As I stood outside the MasterChef kitchen, waiting to go in and cook for John and Gregg for first time, this was the question I asked myself, knowing it was too late to change my mind…….

For a long time, more than the seven years that I had applied to get on the show, I loved the program, in fact I watched the original MasterChef with Lloyd Grossman back in the 90’s when my interest in cooking first properly immerged.

There was a mixture of emotions from the minute I took the phone call to invite me on to the show.  I went from massive excitement to being terrified all in the same breath and the fact that I had to keep quiet about my participation was a bit of a challenge as I wanted to tell the world! All I did from the moment I knew that I was going to be on the show was dream about food, recipes and John and Gregg, I literally didn’t sleep for days on end! Speaking to fellow contestants, I wasn’t alone in this.

So, this was it, it had happened, what I had waited for. Little old me, Mary from Coventry who loves cooking in her own kitchen, for her family and friends, was actually on MasterChef and I couldn’t believe it. I had dutifully applied, year after year for seven years, largely because my best friend kept asking me if I had ‘done it yet’ and because my lovely, auntie Anne, who is no longer with us had told me never to give up until I made it on, so I felt like I had to, besides that it didn’t matter because I never thought for a minute I’d get on, no matter how many times I applied, anyway.

For me, it wasn’t just about me loving the show, it was about my passion for food and bordering obsessive interest in cooking, that appeared from I don’t know where, as I have no foody background whatsoever. Growing up in the sixties and seventies, my mum fed us all, like most working-class families of that era, on a tight budget on really, simple food.  Mum made no secret of the fact she didn’t like cooking and relished the rare times that someone would cook for her. Food was fuel and I never really thought of it in any other way.

I didn’t particularly want to be on TV but I did want all the experiences Masterchef could potentially give you.  I wanted to learn as much as I could about cooking, elevate my food to a different level and I really wanted to work in a pro kitchen (in a sadistic kind of way) I also really fancied doing the mass catering challenge and running around like a headless chicken.  I wanted to present my dish to brilliant chefs, but that wasn’t to be.

So, I got knocked out at the start of knockout week. I was really gutted and it doesn’t matter how many people tell you that it was a fantastic achievement to have got that far, got on the show in the first place, etc. it still sucks! But someone’s gotta go……

Never will I, ever again judge a contestant, from my armchair for under cooking something or for forgetting to put a vital element on to their finished plate. Cooking in the Masterchef kitchen, for me was surreal,  Being in surroundings that are so familiar because of watching it on TV and seeing John and Gregg and hearing those familiar phrases, was almost like being in a dream. I always enjoyed the experience of the day much more after it was over, than when I was in the thick of cooking, where I think I was really focused on my timings and making sure all the food managed its way on to the plate. As you can imagine, the time just flies by when you are cooking under that kind of pressure. It was great fun and something I’ll never forget and the friends I have met from series 14, my series and previous contestants are a real added bonus.

No worries though, there were only millions of people going to be watching and I wasn’t being exactly truthful when I was asked by one of the Masterchef team how I felt about being on camera. The fact is, I don’t even like my photo being taken, let alone having a film crew pointing cameras at me at close range for several hours at a time. The funny thing is, that in reality, the cameras are the least of your worries when you are engrossed in the terror of cooking under pressure, getting used to a different cooker, new surroundings, getting food out on time, feeding food critics and cooking for an invention test and not at least, being asked questions by John and Gregg whilst trying to manage all of the above. In fact, I’d go as far as to say that I didn’t really even notice the cameras were on me most of the time.

The first cook off was the Market Place invention test. I went in to the kitchen, stood by my station and then we were told we had ten minutes to find the food we would like to cook and had one hour and fifteen minutes to cook one plate of food. I collected my shopping basket and walked round the unbelievably well stocked Market Place with far too much to choose from, with an onion and a leek in it for the first five minutes. I no longer remembered how to cook – anything.

So I cooked a pan roasted, stuffed chicken breast with crispy roast potatoes, carrots and wild mushrooms with a Madeira and chicken gravy. A bit run of the mill for Masterchef but I really wanted to cook something that I knew I could do well, although it was a bit of a gamble. Luckily they loved it and I sailed through to the next round, I was staggered and I was hungry for the next round….. cooking for previous winners and semi-finalists.

I intend to share everything I enjoy eating and cooking eventually, from home made pickles, chutneys and jams to curries, dips, pies and puddings. Healthy, not so healthy, fast and easy, slow roast meats, breakfasts, buffets, soups and suppers, so just about everything.